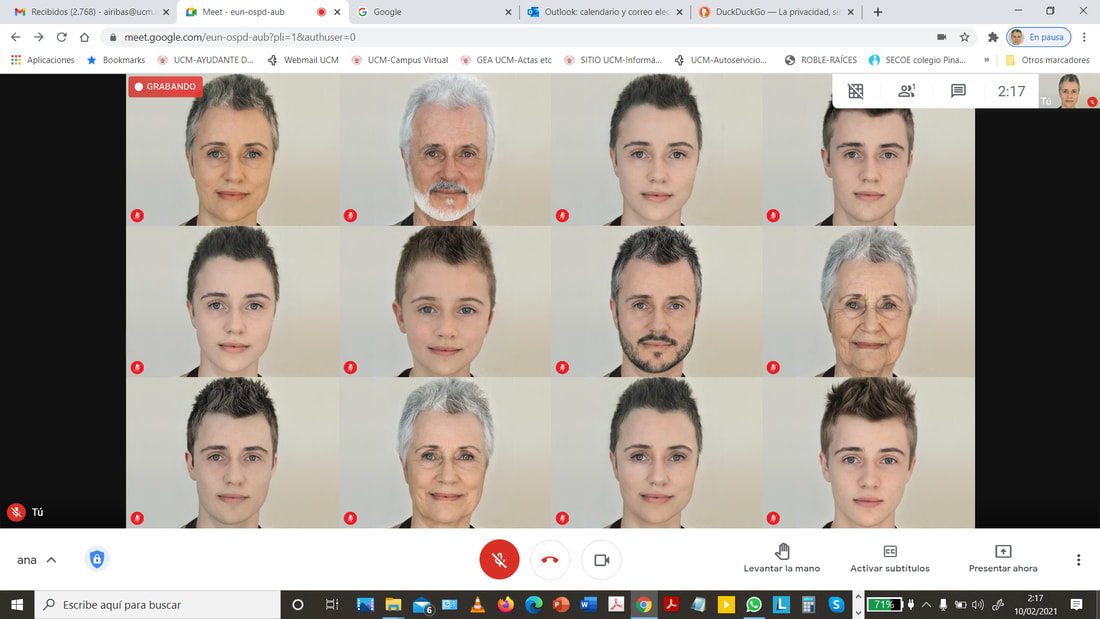 Meeting II​
Ana Iribas Rudín
I do believe humanity is united at the core, beyond age, gender and other variations. Our identity could have taken any other form by the chances of life. Reversely, each apparent unity of identity is an illusion under which lies a multitude.

Meeting II is a digital artwork based on a Google Meet display scheme with the modular repetition, with variations, of an apparently similar identity. The mosaic of personae displays an apparent diversity of eerily analogous features in individuals of different gender and age. Further attention on the compositional details reveals the real number of participators in the teleconference: one. Other details, such as the tabs or the status of the microphone add information and food for thought.
Visit the creator's site